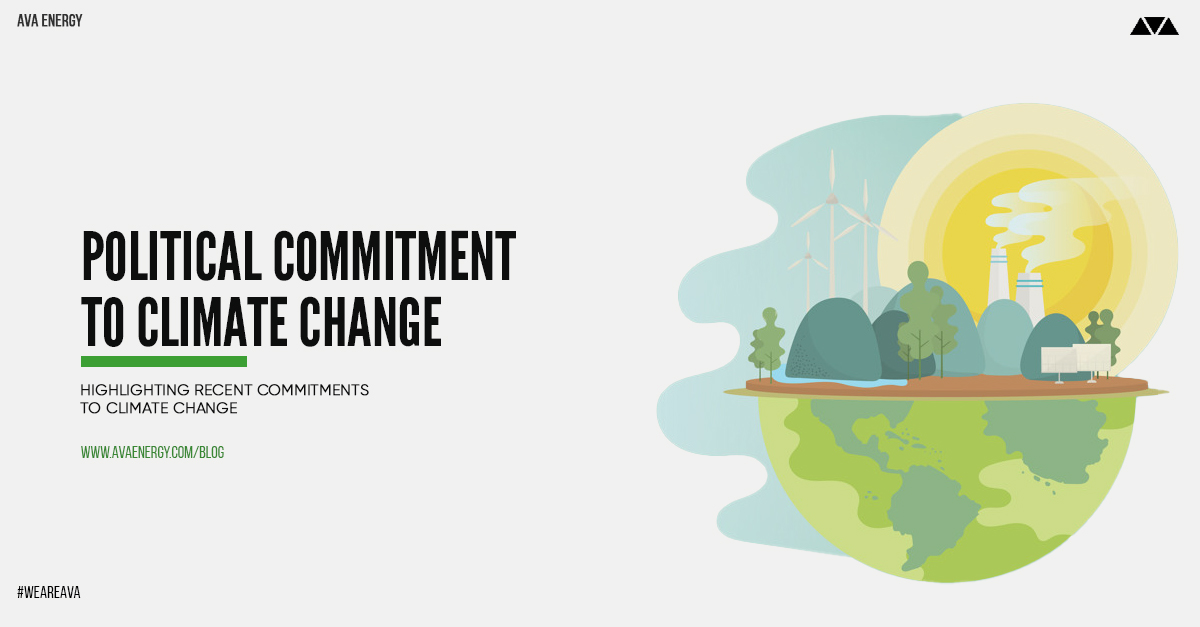 In a year that has largely stripped our lives down to the foundations, society’s understanding and acceptance of climate change and the threat that it is, has been one of the few silver linings to emerge. Now more than ever we must appreciate the need to preserve the environment. However, to drive these systemic changes, political action through the adoption of effective policy settings is an absolute must if we stand a chance of transitioning towards net zero.

Political commitment to climate change can take many forms. Many actions aim to build social and political support to limit and reduce the concentration of greenhouse gases (GHGs) in the atmosphere, with the goal of mitigating climate change. Other actions seek to address the ethical and moral aspects of climate justice, especially about the anticipated unequal impacts of climate change adaptation.

The Paris Agreement is a landmark international accord that was adopted by nearly every nation in 2015 to address climate change and its negative impacts. The agreement aims to substantially reduce global greenhouse gas emissions to limit the global temperature increase in this century to 2 degrees Celsius above preindustrial levels while pursuing means to limit the increase to 1.5 degrees. The agreement includes commitments from all major emitting countries to cut their climate pollution and to strengthen those commitments over time. The pact provides a pathway for developed nations to assist developing nations in their climate mitigation and adaptation efforts, and it creates a framework for transparent monitoring.

Recently, the United States rejoined the Paris Agreement which they left in 2020 which provides more incentive to get other countries to make ambitious cuts in their emissions. This also means that the United States would now contribute to the Green Climate Fund – a Fund established to collect donations from more developed countries to help small and developing nations adapt to climate change and reduce emissions.

The Paris agreement and the US re-joining of the agreement might represent our best chance to course-correct in the global race to tackle climate change.

Kigali Amendment to the Montreal Protocol

Aiming at protecting the climate and the ozone layer, in October of 2016, during the 28th Meeting of the Parties to the Montreal Protocol on Substances that Deplete the Ozone Layer in Kigali/Rwanda, more than 170 countries agreed to amend the Protocol. The Kigali Amendment aims for the phase-down of hydrofluorocarbons (HFCs) by cutting their production and consumption. Given their zero impact on the depletion of the ozone layer, HFCs are currently used as replacements of hydrochlorofluorocarbons (HCFCs) and chlorofluorocarbons (CFCs), however, they are powerful greenhouse gases. With the Kigali Amendment, the Montreal Protocol will be an even more powerful instrument against global warming.

The Kigali Amendment requires Montreal Protocol Parties to gradually phase down HFC production and use. First reductions by most developed countries began in 2019. Most developing countries will follow with a freeze of HFCs consumption levels in 2024, and some in 2028. Developed countries are required to phase down HFC production and use by 85 per cent by 2036, with developing countries achieving this reduction by 2047.

Finally, President Joe Biden has signed several executive orders to tackle climate change and transition to a clean energy economy. The executive actions include establishing climate change as a national security priority, conserving at least 30% of federal land and oceans by 2030 and cancelling new oil and gas leases on public lands and waters. The executive agenda will also focus on creating green jobs and union opportunities as well as environmental justice for communities disproportionally impacted by climate change.

In theory, the Paris Agreement and Kigali Amendment are positive steps forward in the battle against the climate crisis. However, in practice, it is not so simple, with evidence pointing to the unfortunate truth that we as a collective are falling very short of the pledges made to reduce carbon emissions. In actuality, it is more than likely that most countries will not meet their climate pledges, with some countries even set to increase their emissions by 2030.

As it stands, the Paris agreement is ‘politically encouraged’ as opposed to legally binding. This essentially means there are no repercussions for not meeting climate pledges, with change being driven by policies & regulation alone. Therefore, if real tangible change is to be made, then much stronger policy settings need to be introduced, and an argument for introducing a legally binding climate agreement can surely be made.

Political commitments to climate change help all major emitting countries to cut their climate pollution and to strengthen those commitments over time. It also provides a pathway for developed nations to assist developing nations in their climate mitigation and adaptation efforts, and it creates a framework for the transparent monitoring, reporting, and ratcheting up of countries’ individual and collective climate goals.