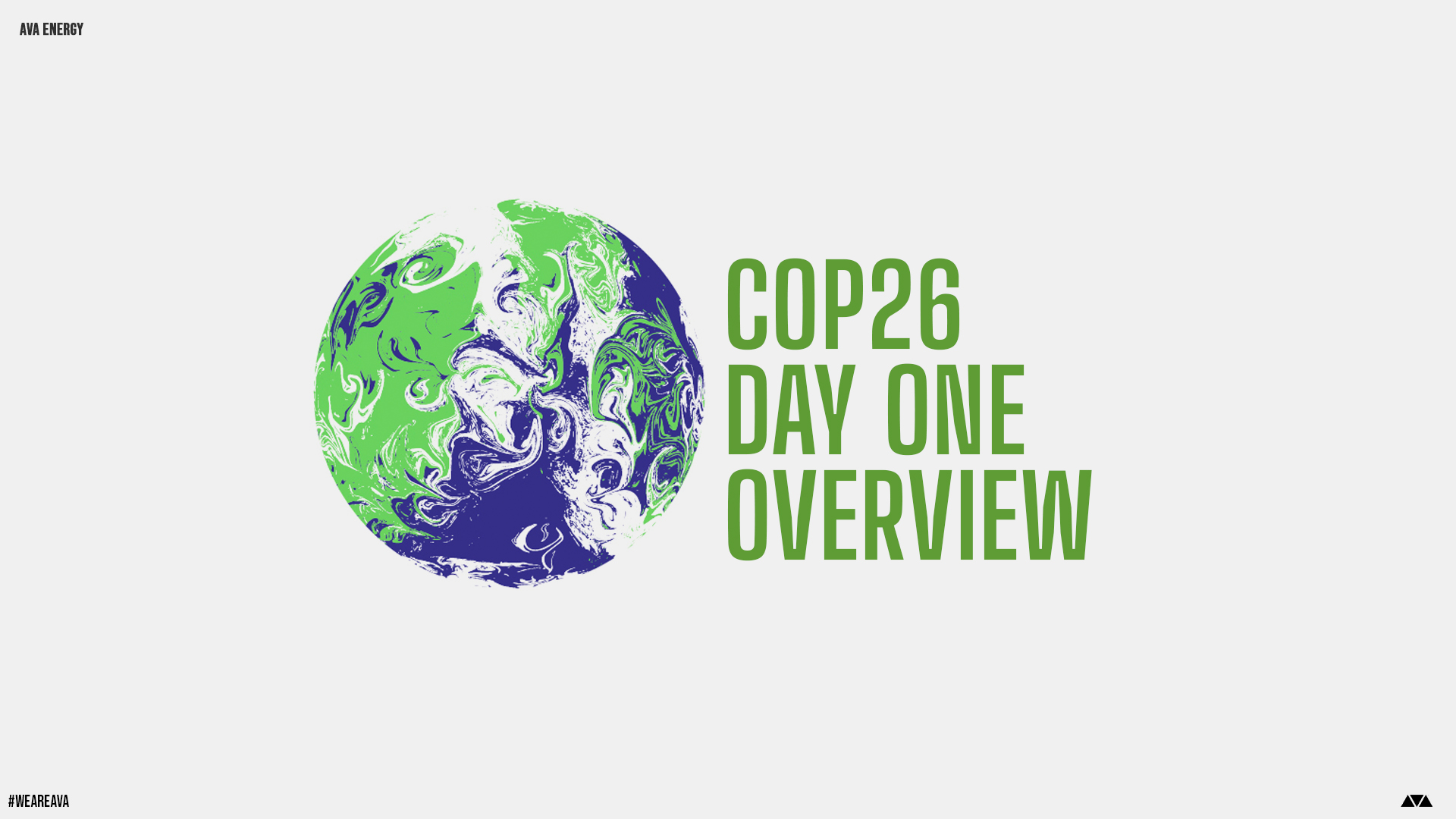 There was a culminating scene in the final season of Game of Thrones when a concert of the main characters from across the show’s fictional world met in one place and was presented with science: a zombie-like creature called a ‘White Walker’ that was destined to destroy all of humanity (unless, of course, they could set aside their differences and put this matter first). The whole premise of the show, according to its creator, was a metaphor for climate change: the ice, the fire, the displacement, the distractions.

On Monday in Glasgow, fiction and reality finally overlapped. Day one of COP26 witnessed 120 world leaders and 2,000 delegates assemble in Scotland for a 13-day event sponsored by the United Nations. This, in the eyes of scientists and activists across the world, was to be the last-chance meeting to save the planet. “It’s one minute to midnight on that Doomsday Clock, and we need to act now,” Boris Johnson said.

However, reality is seldom as easy to write as fiction. Over the weekend, trees blew down across the UK and covered train lines and power cables. Advice from train companies for COP26 visitors was to ‘fly or drive’ to Glasgow, an ironic start. Then came accusations of hypocrisy from the public and media alike as 400 private jets descended upon the city. Jeff Bezos landed in his £48m Gulf Stream, whilst Price Charles, Prince Albert of Monaco and a legion of other ‘environmentalists’ occupied runways in the south of Scotland. UK media reported that the conference would generate more CO2 emissions in a week than ‘1,000 Scots burn in one year’.

Delegates were kept in large crowds queueing outside the entrance to the conference centre on Monday morning as rain fell hard. The Guardian reported ‘a lack of planning’, testified by President Erdogan, who blamed the UK government for a hashed approach to security and declined his invitation to attend the event.

Optimism on Monday morning for many was low. Swedish activist Greta Thunberg told a crowd of listeners: “This COP26 is so far just like the previous COPs, and that has led us nowhere.” She reminded the media of last month’s UN report: how the planet is on track to reach 2.7 degrees of CO2, way above the level needed to stave off climate disaster. “Inside COP,” Thunberg continued, “there are politicians and people in power pretending to take our future seriously.” Much was to be done in the next 12 hours to sway that consensus.

As speeches began inside the conference centre, they ranged from dejection to motivation. Mia Mottley, Prime Minister of Barbados (but speaking on behalf of the entire Caribbean region, which had suffered destructive weather in 2020), asked: “What must we say to our people… when both ambition and, regrettably, some of the needed faces at Glasgow, are not present? What excuse should we give for the failure?” She concluded by asking delegates: when will leaders lead?

Indeed, the absentees were noted. President Xi Jinping of China, President Vladimir Putin of Russia, President Jair Bolsonaro of Brazil and President Andrés Manuel López Obrador of Mexico, whose countries are all leading producers of greenhouse gases, failed to attend the conference.

EU President Von Leyden pointed east: “If we look at China, I think we should remind them that they have the ambition of global leadership, and that should match with global climate leadership.” President Macron of France pressed her sentiment: “The key over next two weeks at this COP is that the largest emitters whose national strategies do not match our strategy of 1.5 increase — those countries responsible for most emissions — must scale up,” he said.

Laying out the predicament further, António Guterres, UN Secretary-General, told listeners: “Our addiction to fossil fuels is pushing humanity to the brink. We face a stark choice: either we stop it, or it stops us. It’s time to say, ‘Enough … Enough of treating nature as a toilet.”

A solution to coal starve off dependence was mooted by German Chancellor Angela Merkel in one of her final public office displays. She called for the adoption of global carbon pricing, citing it as the best way to encourage a clean energy transition. “I thus plead in favour of putting a price on CO2 emissions,” she said.

As the afternoon wore on, the stage remained open for the leaders of two heavily polluting nations to speak: Joe Biden of the USA and Narendra Modi of India. Modi went first, detailing how India would be carbon neutral by 2070 (an extremely late forecast), promising that his country would be 50% powered by renewable energy by 2030. Modi also declared that India would reduce its projected carbon emissions by 1bn tonnes by 2030. This is important because India’s energy demand is expected to overtake the rest of the world’s in the coming years. Its population, too, is expected to surpass China’s in a few decades, making it the most populous nation on earth. That India now has a plan was welcomed, even if it was a slow one.

Joe Biden’s speech offered a lot of optimism, but his hands are tied by Republicans domestically, and many of his promises need to be taken with a pinch of low expectation. He declared how the USA would lead an alliance of 90 countries (with Brazil for the first time) that would lower methane emissions by 30%. This alliance brings together two-thirds of all economies in a ‘Global Methane Pledge’. Biden’s proposals stand out as the most tangible, requiring companies to oversee and inspect 3m miles of pipelines, 300,000 miles of transmission lines and 2.3m miles of city lines.

And on to cities (for it is inside metropolises that this battle will be won or lost), more than 1,000 cities vowed on Monday in Glasgow to halve their emissions by the end of the decade and be fully carbon neutral by 2050. This group of civic leaders (titled C40) is chaired by London’s Mayor Sadiq Khan and brings the likes of New York, Copenhagen and Paris together in a knowledge-sharing coalition. Khan is set to chair and educate leaders across the world on his city’s green achievements (beginning with his ULEZ success in the coming months).

C40’s ‘Net Zero Pledge’ stood out as one of the day’s biggest triumphs. It means that 1,049 cities representing some 722m people are all singing now from the same hymn sheet.

Yet arguably, the biggest moment of the day was set to come late on. It arrived in the form of a declaration to end deforestation. Over 100 leaders representing 85% of the globe’s forests are set to commit to ending and reversing deforestation by 2030. This in itself could prove to be one of the greatest acts in slowing down the climate crisis. Brazil, Russia, Canada, Colombia, Indonesia and the Democratic Republic of the Congo will sign the pledge on Tuesday, which is financed by both public and private (philanthropic) finance. Next, these countries must educate their citizens on the need to transition away from meat consumption for the declaration to have any substance.

It will have been a day of pride for seasoned environmentalist David Attenborough. He has spent his life investigating these habitats and ruefully watching their demise. In his speech earlier in the day, he proudly called humans ‘the greatest problem solvers to have existed on earth’ and looked to add flames of inspiration to delegates. He said: “If working apart, we are a force powerful enough to destabilise our planet, Surely, working together, we are powerful enough to save it.”

His speech had an emotional effect similar to that of his friend and fellow 95-year-old Queen Elizabeth II. Over a video telecom, she hoped that the delegates would come together, “as a community of nations with a determination, a desire, and a plan, to address the impact of climate change; and to recognise that the time for words has now moved to the time for action.”

The time for action has indeed arrived.